A silver nose and synthetic legs

What do a 19th century silver nose, 1960s prosthetic legs and a modern glass eye have in common? They're all part of the Wellcome Collection's Superhuman exhibition and they all put form before function.

The tag-line for the exhibition is 'exploring human enhancement', yet what makes these three items interesting is that they do not enhance the individual's physical capabilities. Take the 19th century silver nose which was worn by a woman whose nose was deformed by syphilis. It wouldn't have been able to sneeze or let her savour the smell of a bacon sandwich. It's purpose was purely aesthetic. The same is true of the unseeing eye we watch being blown in a glass-works, beautifully made but functionally useless.

Of course, form matters. This is something we all recognise when we wear towering heels despite the inevitable pain, or wear a suit and tie to a hot summer's wedding. The way we appear impacts on how we feel about ourselves, and how people react to us, thereby affecting how we are able to function within society. Yet sometimes aesthetic 'enhancements' aren't just functionally useless, they are debilitating.

This is personified by the prosthetic limbs provided for British children affected by thalidomide in the 1960s. Thalidomide was prescribed to pregnant mothers suffering from morning sickness but unbeknown to mothers and doctors it affected limb development in the fetus. Children were born with shortened limbs and in an attempt to compensate them the government provided prosthetics. The examples on display in the Collection look like dolls legs, one pair even comes complete with beautiful ruby red leather shoes.

Unfortunately the legs were about as functional as Barbie. This is illustrated in a video of little Louise Medus-Mansell, a young girl who was provided with a pair of legs. First we see her without the prosthetics, boldly bouncing around a room with all the confidence and energy of youth. Then we see her transformed by her engineered legs, warily navigating the room on crutches, precarious and unsure. Having already been affected by thalidomide, her mobility was then further limited by society's image of normality.

Contrasting with this tale of form over function, the summer of 2012 has seen society celebrating physical achievement with gusto. The competitors in the Olympics and Paralympics are achieving at the highest possible level- some with wonderfully crafted prosthetics, others with beautifully engineered bikes and some with nothing more than a pair of swimming shorts. What makes us avidly follow these varied sports is watching people achieve the impossible and seeing the human drama of years of dedication coming to a climax. There has been much talk of the legacy of London 2012- increased funding for sport in schools, people taking up sports they'd never heard of before. Perhaps an even better legacy would be to concern ourselves less with form and more with function. When the woman with the silver nose met her husband she felt free to stop wearing it- he loved her without it.

Superhuman runs at the Wellcome Collection from 19th July til 16th October. Well worth a visit.
Posted by A little grey cell at 12:40 No comments: 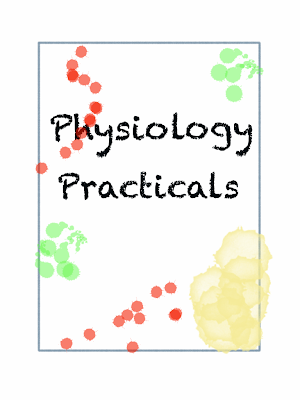 Cambridge was a strange place. Take our physiology practicals- over the course of a year they made us collect our pee in the lab, stab ourselves and deliver electric shocks to our arms. And then document it all. For one experiment we had to drink one of three liquids (water, cranberry juice or a mystery alkaline cocktail of the departments making, eeeps) then titrate our pee. I kid you not. Can't for the life of me remember the point, or the results, but I'll never forget the boys competing to see who filled the biggest measuring cylinder, or the girl who spilled her pee across the desk . I never knew her name and forever after she was just the girl who pee'd on her practical book...But I digress. This week I've been reminded of a physiology blood glucose practical by an article in the New England Journal of Medicine. We skipped breakfast and took our own blood glucose, before and after a Mars bar. The chocolate was good, the repeated stabbing less so. Like us, the NEJM study was interested in fasting blood glucose- the blood glucose level after 8 hours of refraining from consuming anything other than water. Unlike us, they executed a pretty decent study on the topic which is worth discussing here.

The premise of the study is simple- elevated fasting plasma glucose is associated with an increase risk of cardiovascular disease. It's thought this is due to low background levels of insulin and therefore it has been hypothesised that correcting this deficiency would reduce cardiovascular disease. However, much of the evidence to date has been equivocal, with no clear reduction in cardiovascular disease and suggestions that treatment with insulin might carry an increased cancer risk. Recently, the balance shifted in favour of tight blood glucose with the publication of the UK Prospective Diabetes Study (UKPDS) which found that tighter blood glucose control in new diabetics was associated a 15% reduced risk of heart attack and a 13% lower mortality rate. So, perhaps tight blood glucose control is worthwhile?

Cue ORIGIN, the subject of our musings today. This study involved 12,537 people from 40 countries, who had elevated fasting glucose, impaired glucose tolerance (blood glucose is higher than normal 2hr after consuming glucose) or early Type 2 diabetes in addition to other cardiovascular risk factors. Participants were randomly allocated to receive either a) standard care or b) to inject insulin in addition to their normal glucose control regime aiming for a fasting blood glucose of 5.3 mmol/litre or less. They were then followed for 6 years.

So what did they find? Well, there was no difference between the two groups with regards cardiovascular outcomes (including stroke and heart attacks), cancer or overall mortality. However, they did find that the insulin group were less likely than the standard group to develop Type 2 diabetes (30% vs 35% at 100days after the end of the trial, p=0.05). So, aggressive blood glucose control in non-diabetics with raised fasting glucose or impaired glucose tolerance doesn't make a jot of difference to mortality at 6 years, but it might make you less likely to develop diabetes. Yay? Well, the downside was the insulin group were more likely to experience symptoms from low blood glucose (hypoglycaemia), which include shakiness, anxiety, headache and nausea. 57% of the insulin group experienced at least one episode of symptomatic hypolycaemia, compared to 25% of the standard group. The insulin group also experienced weight gain (median gain 1.6kg) which the standard group did not (median loss of 0.5kg).

Now, the study has its limitations- it's male dominated (65% of participants) and only includes the over 50s, making it hard to know how applicable it is to younger people and women. They only followed up for 6 years which isn't a very long time to catch relatively rare events. Plus only 44% of the eligible insulin group and 47% of the eligible standard group returned to be tested for diabetes at the 100 day point, which leaves a hefty chunk of unknown outcomes. 11% of the non-insulin group ended up taking insulin which further confuses the results. Also there's a depressingly epic list of investigators paid by pharmaceutical companies and the study itself was industry funded by the make of the insulin used. Nuff said.

But the overriding, screaming question for me is would you stab yourself every day, probably put on weight and suffer hypoglycaemia for the possibility that you might be one of the people who doesn't develop diabetes by doing all that? You have to be really motivated. The individuals selected for this trial were motivated and supported- they all said they were up for injecting insulin and they subsequently received regular contact from the trial organisers which can support people to stick with medications. Even in this environment 1 in 5 of those allocated to insulin had ditched it by the end of 5 years.

Diabetes comes with a host of awful complications- leg ulcers, kidney damage, eye damage. I know all this, but I'm still not sure I'd be up for daily insulin to moderately dial down my risk of getting diabetes. But then I paid tuition fees to collect my own pee and stab and electrocute myself, so perhaps sensible life choices are not my forte... What would you do?

Imhotep: The mummy of all medics 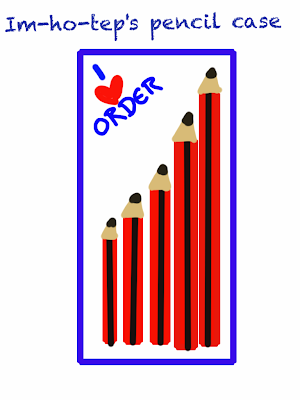 Anyone who has ever watched The Mummy will find it hard to say Imhotep without chanting it in a menacing zombie voice. But the real Im-ho-tep was a long way from the silver screen's lovesick hotty, hellbent on destroying Brendan Fraser. He was chief architect to Pharaoh Djoser and one of the forefathers of methodical medicine.

Unlike the Pharaoh he came to serve, Imhotep wasn't born into wealth or power. He began life as a commoner. Yet after his death he was described as the son of Ptah, who was the chief God in Memphis, and the Greeks built temples in his honour. So how did Imhotep achieve this stellar trajectory? In the words of a small Belgian genius: Order and method.

These qualities define the Edwin-Smith papyrus, a scroll that stretches to almost 5 metres in length and dates to 1700BC. While its author is unknown, the papyrus is thought to have been copied from a far earlier scroll (circa 2500BC) which detailed the teachings of Imhotep. The black and red hieroglyphs scrawled across the papyrus outline 48 case histories, 8 spells and 5 prescriptions.

While the magic spells may capture the imagination, and milk poured into the ears for neurological problems intrigues, the true beauty of the papyrus lies in its deliciously mundane commitment to order. The cases are lined up in a deeply straightforward fashion, beginning at the head, before moving to the neck, then the arms and torso. The content of each study is presented in a divinely dull, disciplined manner that any medical student would find recognisable: type of injury, examination, diagnosis, prognosis and treatment. It is descriptive and detailed. Wounds should be closed with sutures, spinal injuries immobilised. Duh. The familiarity is electrifying. This is not new. It is very, very old. Over 4,500 years old. Think about how long ago the time of Jesus et al seems- 2000 years ago, its aaaages ago right? Well, that's how Hippocrates would have felt about Imhotep's world which existed 2000 years before old Hippocrates drew his first breath or wore his first nappy.

Yet ven back in antiquity Imhotep was doing what every good medic, indeed every good scientist, would do today- apply logic, turn the mystical into the familiar. The foundations of medicine are as simple and solid as they were 4, 500 years ago. Those guiding principles of order and method were good enough to make Imhotep a godlike figure. They're probably good enough for us too.

While there is minimal mystique and magic in the Edwin-Smith papyrus, Imhotep made up for it in his death. There is no clear record of how or when he died and the location of his tomb has eluded every explorer. Some might see this as a loss, only Ra knows what wisdom Imhotep had buried with him for the next life. But this is foolish. I hope Imhotep evades those who wish to wake him from his slumber. After all, I've seen the movie....

Posted by A little grey cell at 04:59 No comments: